I was eager for this one to get underway not really knowing the identity of my team, I only know what they have done in the past and it hasn't been good. Was important for me to get my depth some serious playing time here and man oh man did they make the most it!

2.Turnovers
Although i did put the ball on the ground and lost both (1 by each QB) it was encoraging sin that they didn't come from my RB's or WR's. While on the flip side Defense causing 3 Turnovers. The real eye opener here 65 passes attempted 0 INTS.

4.Penalties and Sacks
The 2 biggest glaring weaknesses on this TEN squad. Penalized 6x for 47yds (not terrible but need to get it around 1-3 per game) and the makeshift OL allowed 13 sacks on the day for a whopping -97 yards. something to keep an eye on moving forward, they will need to play better and stay healthy to give this team a chance to win some ball games.

Next warmup game: Trip to Solider Field to take on the Chicago Bears.

Titans Leave Solider Field with the Loss. I got my penalties down to 3, only got sacked 3x. so OL played decent for the most part outside of giving up 5YPC on the ground. QB play on the other hand was pedestrian at best after lighting the Carolina Panthers for over 600 yds in the air. just couldnt make enough plays vs a tight bears Defense.

Next up a Visit from the Minnesota Vikings!
Liked by Beercloud


Round 1 draftee notes thru week 2 of Pre-Season 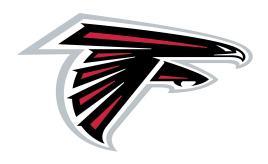 By raymattison21
3/05/2018 4:10 pm
Rb Emmitt Preston will get plenty of touches this season . For now the Rams are easing his way into the lineup. We have a faster back who can hold on to the ball well.

Really , the question is for QB and LBers. Isaiah Barstow looks really solid 5 tackles and a sack and will start the season .While QB Pena is holding his own. He will get some looks with the first team next game but has a long way to go to bump last year's starter Jamison Dove who struggled with interceptions .
Liked by Beercloud

By awest827
3/07/2018 10:15 am
Wow Cleveland that game proved I got some work to do, I thought I had a pretty good team but my team must have been thinking they would play just like any other game and win easily, that game proved how superior your game planning is compared to mine.
Liked by Warthog, Beercloud

Your team hung around for 3 QTRS. Great running game was gashing me all night long with Hancock. But my team very well on both sides of the ball..0 turnovers while forcing 2 and finished strong with 3 straight scoring drives to end the game. was pretty happy with that showing but i do see some red flags..particularly in my OL.

Next up: Blackflys and the Washington Redskins 14 point dogs..i'm sitting everyone preparing for regular season opener vs a tough Jaguars team.
Liked by Beercloud 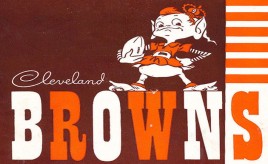 By Warthog - League Admin
3/07/2018 1:42 pm
awest827 wrote:
Wow Cleveland that game proved I got some work to do, I thought I had a pretty good team but my team must have been thinking they would play just like any other game and win easily, that game proved how superior your game planning is compared to mine.