State of the League Address 1973

By Beercloud
3/09/2018 11:33 am
We roll into our 4th season as a league with the first three being pretty exciting. We've had 3 different Super Bowl winners with the AFC holding a 2-1 lead in that category. blackflys has dominated the NFC by showing up to all 3 Super Bowls.

1973 will have a nice race for the Rookie GM of the Year award. jabillups85 in San Francisco, OffensiveTaco in Dallas, Black Adder in Tampa Bay, Dash in Tennessee, Duval in Detroit and Philliesworld in Denver.

Paydirt shattered their total trades record of 40 which was set in 1972. The record was broke before the regular season began and is now currently at 58. Carolina once again led the way with 19, Denver has 15, Kansas City and Seattle both have 12 and Miami having 8 trades rounding out the top 5.

The annual Beercloud Predictions are out and with a little controversy as usual. The 1972 predictions were pretty close to being spot on in the AFC but the NFC threw in some curveballs. Heading that list was the NFC West. The rise of Seattle caught the prediction center by surprise. And Detroit,s fall from grace war a little bit smaller of a surprise. And of course Carolina keeps throwing wrenches at the Prediction Centers office windows. Now back to 1973.

AFC West
San Diego
Oakland
Kansas City
Denver
Summary:
Whaaaaat? The defending champions 3rd in their division? There are a few reasons for this with one not for me to disclose. KC has a very tough schedule in a very tough division. KC and San Diego have been trading punches for the past 3 seasons with Oakland banging on the door. The Raiders just might knock it down this year. Denver has been a dumpster fire with the hopes of rookie GM Philliesworld to put it out.

AFC East
Buffalo
New England
Baltimore
New York Jets
Summary:
This division is a two horse race and a tough one to call. I do believe you must win this division to get to the playoffs. The two horses are Buffalo and New England battling it out again this year. This has developed into a fierce rivalry. The two teams tied for the division championship last year with Buffalo taking the tie breaker. Miami is in a make or break season with their GM on the hot seat. The Jets haven't been able to get over the hump with their rebuild as of yet.

AFC North
Cincinnati
Cleveland
Baltimore
Pittsburgh
Summary:
Is this the year someone dethrones the Cleveland Browns? The Prediction Center thinks so. Cincinnati has been hounding Cleveland for 3 seasons now and looks pretty strong going into the 1973 season. Pittsburgh has always been a wild card to challenge for the division but both the Browns and Bengals have been too tough. Baltimore looks to be on the rise. Their GM Ukrain is also on the hot seat and in a must win now mode. They've had a good pre-season so things are looking up for the Ravens.

AFC South
Indianapolis
Tennessee
Jacksonville
Houston
Summary:
Otterpop's Jacksonville Jaguars have had a solid grip on the AFC South since day one. Ok, a solid grip is a bit of an over statement. But they have 3 AFC South banners hanging in their stadium. This year might be the year of the shake up in the south. This division is getting stronger. With the addition of GM Dash in Tennessee this could be a very interesting division in 1973. The Colts are building nicely and could be ready to top the rest of the division. Houston continues to struggle. Acquiring DT Cross should help their D-line but it came at the expense of losing Ali a very good young LB. They focused on offense in the draft to try and add some punch to their offense.

NFC East
Washington
Philadelphia
New York Giants
Dallas Cowboys
Summary:
Washington will yet again reign over the NFC East. Both the Giants and the Eagles have a long ways to go to knock off the powerhouse Redskins. Rookie GM OffensiveTaco has a major rebuild to do in Dallas. It looks to be a few years before anyone challenges Washington for the NFC East crown. The real question is: will the Redskins make it to the dance for the 4th season in a row?

NFC West
Seattle
San Francisco
Los Angeles
Arizona
Summary:
Seattle's rise to the top of the NFC West has been the discussion of multiple sports talk shows around the country. They look to top the West again in 1973 and challenge for the NFC championship and a possible trip to the Super Bowl. The 49ers have a new GM jabillups and Los Angeles is still a year or two away from challenging the West. Arizona looks to continue their struggles.

NFC North
Green Bay
Chicago
Detroit
Minnesota
Summary:
This will be a tough battle between Green Bay and defending division champion Chicago in the North. Green Bay is on the rise but Chicago isn't going away anytime soon. Detroit has a new rookie GM in Front Office Football veteran Duval. Minnesota is in rebuild mode and will struggle this season. Both Green Bay and Chicago have a good chance of representing the NFC in the Super Bowl.

NFC South
New Orleans
Tampa Bay
Carolina
Atlanta
Summary:
This is where the Prediction Center says the Super Bowl Champ will come from. The New Orleans Saints were so close last season going 15-1 only to be blown out in the conference championship game to Washington. This year they'll be looking for redemption. An already powerhouse team with revenge on their mind is a dangerous team to mess with. The addition of rookie GM Black Adder should help Tampa Bay rise begin. And Carolina......Oh Carolina. Often overlooked Carolina. The Panthers will once again set out to prove the prediction center wrong. And if history has anything to do with it they will once again show up in the playoffs to do some damage. Atlanta looks a little stronger this year but won't have enough to climb out of the cellar.

Closing:
Over the last 3 seasons we have had some awesome battles, great division races and fierce rivalries develop. Will 1973 compare? The amount of dealings this off-season are off the hook. A nice rookie GM class has come in. The divisions that were once weak have gotten stronger and the strong divisions have stayed strong which has leveled up the competition league wide. I look forward to seeing how this season plays out. Who will be the next Seattle? Who will be the major players? Will there be any player records being broke? How will the race for the player MVP look?

Looking forward to see these answered at the end of the year. 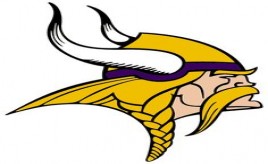 By GrandadB
3/09/2018 3:01 pm
Thank you for your time and efforts Beercloud, great SOTL 73 write up, makes playing the game more interesting & fun.
Liked by Beercloud, Wolveraider, Mcarovil and 7 others

setherick wrote:
My goal from this point forward is to use all I know about the passing game to exploit my opponent's secondary...
Liked by Beercloud, jgcruz

By OffensiveTaco
3/11/2018 11:59 pm
I’m glad I joined this league.
All the realism as a GM puts a smile on my face.
Nice write up beercloud
Liked by Philliesworld, DJSim22, Beercloud and 2 others