The headline reads loud and clear as fans woke up realizing for the first time in franchise history the titans have a winning record. GM 50051139 was well praised stepping off the team bus to a crowd of around 1000 fans screaming in excitement.

Following a 2-13-1 campaign eyes were on GM 50051139 this off-season to make things happen. Free Agency was the first opportunity to make it happen with many high profile players hitting the market. However with the lackluster hype and limited cap space the highest players were just out of reach. In the End they managed to bring in 2 Quarterbacks by the Names of Henry Smith & Stanley Owens, Running back Eric Dutra , LB Daniel Young, LG Art Shell, WLB Billy Reilley, & CB Maynard Oliver. Can any of these players make a huge impact ?

The Draft soon rolled around and after making many mistakes (including losing the #2 Overall pick) the Titans made multiple trades and found themselves with 13 picks between rounds 4 thru 7. The titans ended up drafting 1 QB, 1 RB, 1 TE, 3 receivers, 1 Center, 1 RG, , 1 Punter, 1 DT, 1 RDE, 1CB , and a 3rd round Gem of a SS Kenneth Rider.

With all this new talent many questions of how they will mesh are yet to be answer.

Rumor
Battles are currently happening in The Quarterback & Running back positions

well thats all for now just a little something now its time to feed my cats until the Next Tip Im anonymous and this has been A Tennesse Tip.

Hold on a Second am I looking at this right 5 weeks in and the Titans have 3 wins already???? What a time to be alive!!!!
However my inside guy is telling me that GM 50051139 is unsatisfied with the state of the offense for starters QB Henry Smith has been impressive with a near 70% completion in the passing game but has only managed to throw 2 TDs in 5 games

Meanwhile in the running game 2nd year Andrew Anderson continues to carry the load hitting his 50th carry of the year for nearly 300 yards with an average of 5.6. Yet again Anderson's biggest issues of fumbling has already cost the team at least 5 field goals YIKES!!!
Many fans are still waiting on the debut of RB Eric Dutra who has not played since Preseason week 1 after being picked up in Free Agency

In the passing Game.......oh wait what passing game ? Star Receiver Jeffrey Taylor was seen angry leaving the arena after only being targeted 4 times against the ravens. My sources say it took at least 12 hours to calm him down with GM 50051139 sitting down with him about an alternate role. Taylor has the 4th most receptions on the team (16) for a weak 146 yards and has yet to find the endzone this year.

Rumors
My source is telling me after only 2 week Michael Perry the former Browns running back will already see his playing time decreased more .

Sources are telling me Eric Dutra could make his season Debut this week.

Well i know its not much Tennessee Tip subscribers but as crazy as it may seem the titans are getting better or its just a crazy dream we haven't woke up from yet now if ya excuse me i have to go to my second job as deep sea diver. This has been Anonymous with another Tennessee Tip.

P.S. How many games do you think the titans could pull off ?

Anonymous here yet again and apparently we are not dreaming as the Titans scrounge up a 5th yes a 5th win in a row.
After shutting out the Texans by a score of 27-0 (sweeping the season series) the titans have managed to tie the franchise record for wins in a single season (7). We Reached out to the GM on his thoughts of the historic season in the making, GM 50051139 said "We are happy with what we are doing, but we're not done yet." However the rest of the road will not be easy for starters 6 or the 7 remaining teams on the schedule have a winning record. Included in those opponents are the Historic Cleveland Browns, this Season Best team The Detroit Lions, An always tough Kansas City Chiefs squad, 2 meetings with the AFCs Souths elite Jacksonville Jaguars, A red Hot Green Bay Packers squad, and finally a team looking to spoil our odds of winning the AFC South the Indianapolis Colts. say it with me YIKES!!!!!

Meanwhile Head Coach Seth Gonzalez was seen meeting with the GM today over his future with the organization and my sources are telling me an offer is on the table now we are just waiting to see if Gonzalez is reading to return for a 9th season.

Eric Dutra the former Rams running back made his debut and has been in the starlight ever since with his 2nd consecutive AFC Player of the week award however my sources are telling me Dutra has re injured his foot and is currently being considered a game day decision.

Well that seems to be all for now with a tough match up against the Browns only a few days away it will be interesting to see if the Titans can make franchise history against Paydirt's greatest Franchise of all time (at least by wins).

Now if you will excuse me I have to go find out how long it would take to finish 200 BBQ wings without anything to drink so until next time this has been Anonymous with a Tennessee Tip.
Liked by Beercloud, jgcruz, greyghost1225

Ps This is only the Beginning

Goodluck to all Playoff Teams and a tip of the Hat To the Jaguars i wouldn't have wanted to win the AFC South any other way.
Liked by mwd65, Beercloud, greyghost1225 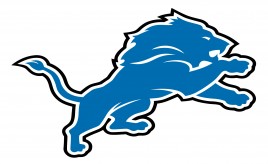